Downtown Partnership is working with private stakeholders to reimagine alleyways. By targeting key locations and enhancing  underutilized areas, we’re working to provide more engaging and welcoming public spaces, focusing first and foremost on enhancing the pedestrian experience. We know alleys aren’t the most exciting places, but a bad alley is a bad apple – and it taints the perception of the entire surrounding blocks.

Is your business located along an alleyway in need of some extra love? Contact DPOB’s operations team to learn how we can help.

In 2020, DPOB created an internal workgroup to address much needed alley improvements.

Led by President Shelonda Stokes, both the operations and economic development teams have been tapped with a coordinated mission to improve Downtown Baltimore’s alleys. The goal is clean, bright, safe spaces. The Alley Initiative is supported by the ongoing hard work and dedication from the Operations division, specifically our Clean Team Ambassadors and Capital Projects. Early morning “hot teams” pay special attention to alleys, helping to free them of illegal dumping and debris. Extra steps have also been taken to ensure that property owners have permitted dumpsters, coordinated picks up are happening regularly, and that illegal dumping is curbed through citations, cameras, and gating. This work isn’t glamourous, but it’s critical to having a clean and safe experience in Downtown Baltimore’s fastest-growing and most densely populated neighborhoods.

We've created a color-coded system to assess alley conditions in the Downtown Area. As of April 2022 there are
Color Key: 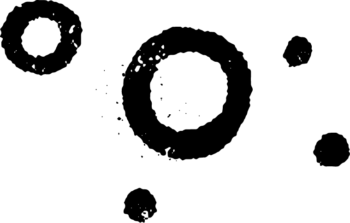 As alleys are improved to the standards of purple alleys, they become a prime location for art, light, and possible outdoor seating or other creative reuse concepts. Downtown Partnership’s Economic Development and Business Development teams are tasked with identifying property owners, stakeholders, and grants that will help cover the costs of these placemaking improvements. If your business is interested in sponsoring an alley, contact us.

The following alleys have been identified as purple alleys and are undergoing plans for physical improvements:

Tucked next to Hotel Monaco, Lord Baltimore Hotel, Howard Bank and 10 N. Charles Street, this alley is slated for a late spring/early summer installation from local artist, Soley Supreme. BGE is our community partner, and will have team members joining in on the mural painting as a community beautification effort at the west end of the alley. Future efforts include further improvements and additional art on the east side of the alley facing Charles Street.

This alley is clean and ready for a large mural on the wall of 23 E Baltimore Street that faces Charles Street next to the FedEx building. If the pavement is re-surfaced, a ground art installation could be a good fit as well.

This alley could see art and increased lighting. It location, at the intersection of an office building, mixed use historical buildings with ground level retail, and apartments make it a unique location for placemaking. Alley efforts require buy in from stakeholders and neighbors, which requires much emphasis on the community outreach part of the initiative. Currently, this location is a purple alley, but is not quite ready for installations to occur.

This alley is located right outside the steps of the new Lexington Market shed. Additionally, the neighborhood has seen major growth in residents, which use this wider alley as a neighborhood pass through. It's in need of art, light, and façade improvement to the buildings at the north western edge. DPOB is working with stakeholders including Lexington market, Southern Management, and Baltimore Development Corporation to implement much needed improvements to this space in 2022.

In order to make strides on this initiative, Downtown Partnership has increased partnerships with the Department of Public Works and Department of Transportation to address non-permitted alley dumpsters and to create alley hot teams dedicated to large clean-up efforts.

Another goal is to assist property owners with permitting non-registered dumpsters, and working with City partners to tow and fine illegal dumpsters. DPOB hopes to encourage property owners and tenants to upgrade to trash compactors to eliminate dumpster diving, rodents, and overflow issues.

Getting a handle on a baseline of clean alleys has been a monumental task – one that DPOB’s Clean Team has tackled and manages daily – almost making it looks easy. This allows DPOB, the City and private stakeholders to focus on areas where beautification and placemaking can thrive.

In spring of 2022, DPOB was awarded a grant from the France Merrick Foundation for $120,00 to further our mission of increased lighting and public art in the Downtown core. Work is underway now to leverage that money with existing plans in Marion Alley, but also identify other potential sites for additional public art.

If you work or live near an alleyway that needs extra love, submit a service request here.